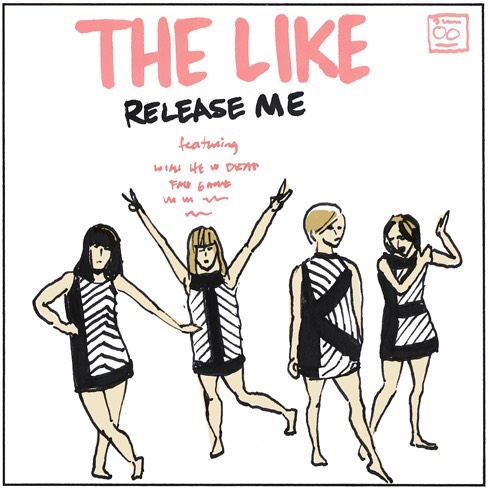 The Like “Release Me”
(From Release Me out now on Downtown)

The Like have positioned themselves to make 2010 the new Summer of Love. But instead of psychedelic jams and flower child folk, their new album, Release Me, is for the mod party set. With upbeat ’60s-influenced pop straight from the school dance at the end of To Sir, With Love, the album goes down like a sugar rush. There’s hardly a moment’s reflection or time to catch your breath, no odd slow song closer or overwrought ballad: the Like do their best to keep the backbeat going until the end. Singer Z Berg sounds like a more youthful Emily Haines, and the Like very similar to Metric, but with much less emphasis on rock guitars and more on bouncing basslines and smart keys. One of the album’s highlights is the moody “Narcissus in a Red Dress.” The song, an angry warning to a self-obsessed girl, builds tension through a slightly haunting organ and sly bass groove, then perfectly relieves the anxiety through a quiet harmony of oohs and ahhs and brighter chords. But while the lyrics are often angsty and sorrowful, the band rarely lets on with their instruments. What the Like have accomplished on Release Me is the musical equivalent of making lemons out of lemonade. And what’s better than having a little fun with life’s tumult—isn’t that what the Summer of Love was all about anyway?