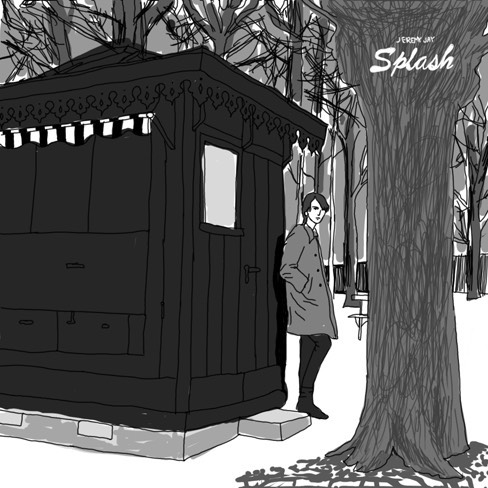 (From Splash out now on K Records)

After self-releasing albums filled with romantic, ’60s-influenced garage-pop since 2006, California native Jeremy Jay is now sharing his sixth K Records release, Splash, with the world. Once again, Jay’s new tracks will not fail to make the girls and boys swoon as they compile them onto belated Valentine’s Day mix tapes. Splash is his most polished record to date—rather than making his voice a soft echo behind the instruments as on previous records, Jay sings sweet melodies that waft directly into your ears, making you wish he were singing to you, and half-convincing you that he is. The opening track, “As You Look Over the City,” is a dreamy tune about sitting on a rooftop at night, and much of the record is about finding love in a big city. “Hologram Feather” is another favorite, with simple repetition of guitar chords and the lines “sitting on the balcony/I called you up and we talked forever,” a mesmerizing synth ever rising in the background. Rather than making you want to slow dance under a disco ball with your crush, this song will make you want to put on headphones and reminisce about your ex. Luckily, Jeremy Jay will never let you get too sad as the next track speaks about a “suitcase full of wishes.” Splash will open your heart to love this spring, even if watching flowers bloom and seeing couples hold hands makes you want to vomit.