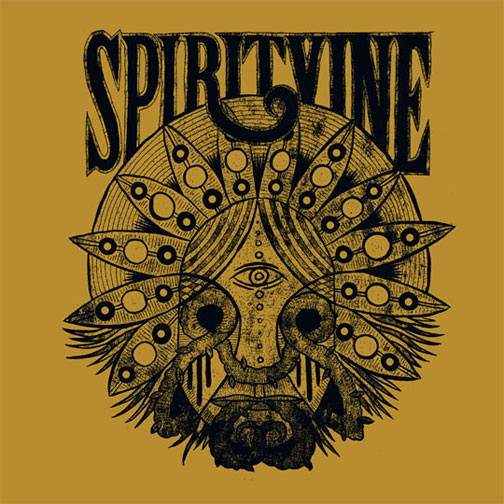 (from the Golden EP available now from Spirit Vine)

Picture yourself on a boat on a river, riding on the wave of a musical crescendo as you’re taken by a hazy groove and the swell of an organ … and then the drugs take effect. The new EP from Los Angeles-based quintet Spirit Vine offers three psychedelically fueled tracks that synesthetically alter the senses and tantalize the ear’s taste buds. Entitled Golden, the EP begins with a track of the same name; however, the songs on the release are more of a dirty, whirling kaleidoscope of sound—an intoxicating blend of soulful vocals, insightful lyrics, incendiary tone, heavy bass and pulsing rhythm. The title track features time changes that slow down and speed up in awesome form that return to a hook telling us we’re “nothing but a state of mind.” Following that is the track “Lazy Son,” with Gabriel Pacheco (guitar/vocals)singing lead, portraying a title character who is “a piece of everyone,” while Jacquelinne Cingolani (vocals) and the rest of the band harmonize with reverb-drenched vocals. And the final track, “Roam,” is so good it defies description! Despite each song’s epic length of over five minutes per track, the new EP is so good, I feel I owe the band gas money for the trip.